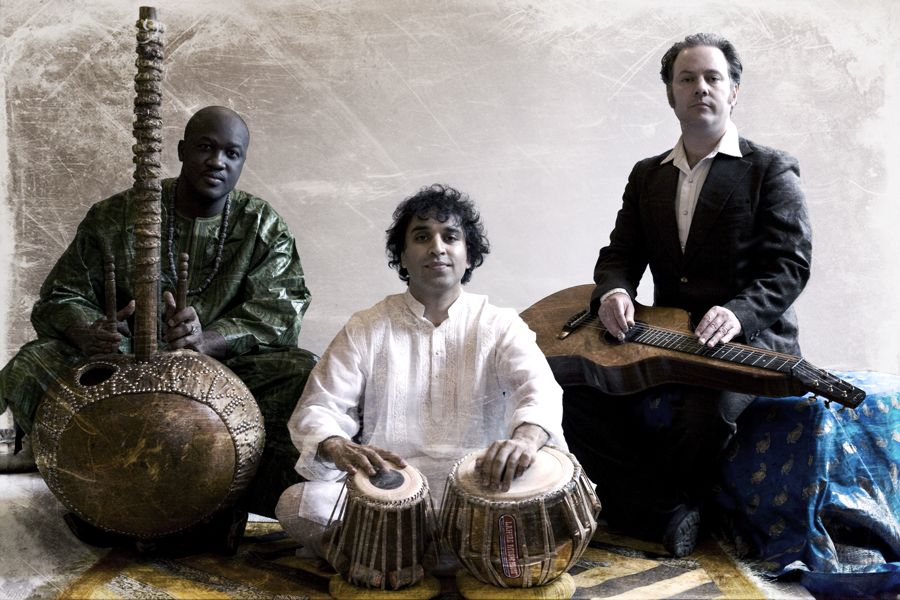 "What year did Mamadou Diabate win his Grammy Award & in what catagory?"

When the trio met in 2008, no one quite predicted the musical alchemy that would occur...
Djan Djan are in a class of their own creating astonishingly beautiful sounds with the virtuosic style that all three are renowned for in both: their concerts and their newly released self tittled CD which is released nationwide Fri 5th March through ABC/universal.

Mamadou Diabate (kora, Mali), Bobby Singh (tabla, India) and Jeff Lang (guitar, Australia) are well known and well regarded for their individual output and careers. Djan Djan is a new collaboration which sees these musicians stretching their imagination and skills into sublime areas of new musicality. Although the players show their respects to their cultural backgrounds of Africa, India and Australia; the music of Djan Djan stands alone as a uniquely new sound.  Djan Djan sees these virtuosic instrumentalists dispense and intoxicating music - steeped in tradition, yet brimming with innovation. Djan Djan: An album by Mamadou Diabate, Bobby Singh & Jeff Lang.

Mamadou Diabate was destined to play the kora.  Cousin of legendary kora player Toumani Diabate, who was one of his most influential teachers, Mamadou was born and raised in the griot tradition of Mali, using music and oratory to preserve his people’s consciousness of their past. From his Grammy-award nominated solo album, to his latest release Douga Mansa (King Vulture), Mamadou’s technical virtuosity and innovative approach have kept him in high demand internationally.

Bobby Singh spent much of his childhood in Mumbai studying tabla. Recognised with a great talent, Bobby is the disciple of Aneesh Pradhan, one of the world’s most sought after tabla players. Nurtured into a mature, internationally renowned tabla virtuoso, both in traditional Indian and cross-cultural genres, Bobby has played with many of the top musicians in Australia and the world.

Jeff Lang has earned worldwide acclaim as a guitarist, dynamic songwriter and startlingly unique live performer, defying description and genres. His intuitive and idiosyncratic instrumental virtuosity are supported by songs that expand the boundaries of traditional folk, country and blues, creating a new blend of music which is undeniably and deeply steeped in tradition, yet with its vision set on future horizons. As an instrumental storyteller, Lang gives the guitar a voice and then makes it sing.